A re-imagined, award winning production of The Late Henry Moss at the Southwark Playhouse directed by Mel Hilyard.

First written in 2000 by director and Pulitzer Prize winning playwright Sam Shepard and performed only once before in London, the play deals with alcoholism, the family and denial.

Music was inspired by ritualistic Mexican ancestral dance with live guitar and voice live on stage but underpinned with a modern pallette of synths and sharp sound design.

‘When you’re alone like this – just sitting here – just the two of you – you can start to make stuff up.’ 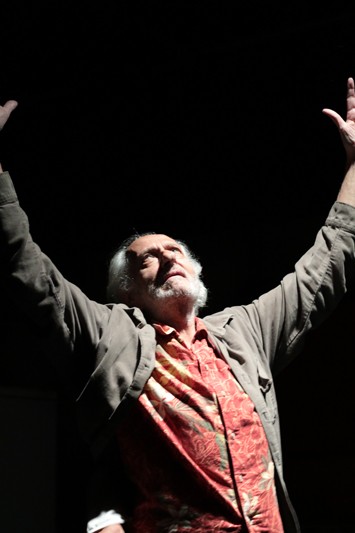